Farm Boy Garage is your American Muscle Car Restoration Specialist! As your one-stop shop in restoration we can take what looks like a heap of junk back to its original pristine classic condition. Dedicated to honoring the true beauty of a classic, Farm Boy Garage ensures you’ll love whatever project you bring to them to help restore. So dedicated to the American classics, the shop dog is named after one of our top muscle cars below. Can you figure out which classic it is?? 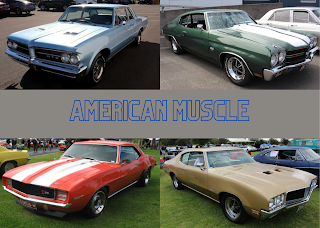 While the first true American muscle car is debatable, fingers often point to the Pontiac GTO. Pontiac's performance car presented buyers with a big block V8 engine at an affordable price. Not only was the GTO affordable, but Pontiac successfully marketed it based on performance figures never before offered.

Even though the American muscle car era started in the 1960s, the 1970s are considered the peak of the muscle car period. One of the primary representatives of this era was the 1970 Chevy Chevelle SS 454. The Chevelle offered distinct muscle car lines and was sleek with a slightly slanted back end and bulging hood to present the speed and power provided.

The original Camaro Z/28 was made for the Trans-Am Series of racing, with the Z/28 name attached to various other high-performance Camaro models through the generations. When the Camaro Z/28 was initially built, it raced against similar cars like the Dodge Challenger and the Ford Mustang Boss.
1970 Buick Skylark GSX Stage 1

Described by Motor Trend as "the quickest American production we had ever tested," the Skylark GSX Stage 1 was an American muscle car that was not shy on speed, performance, or power.

The Plymouth Hemi 'Cuda became a favorite of many club racers. It had one of the hottest shapes from Detroit matched with one of the most storied engines offered in a compact package.

Another genuinely iconic car from the late '60s and early '70s was the Dodge Charger. The SE and R/T were the central models for the 1969 model year. The racing models of the Charger in 1969 were the Charger 500 and Daytona.

Any list of American muscle cars worth its salt would be remiss if it failed to mention the Nova from Chevy. The 1968 model year marked the Chevy Nova's first leaped from an economical family car to a more rigid, more-defined muscle car.
1971 Chevrolet Corvette Stingray ZR2

Chevrolet only produced the ZR2 variant of the Corvette for a single year, making the 1972 ZR2 the rarest big-block performance Corvette ever built.

The Ford Mustang Boss 429 is one of the most sought-after classic cars globally, with only 1,359 units being built throughout its two-year run between 1969 and 1970. 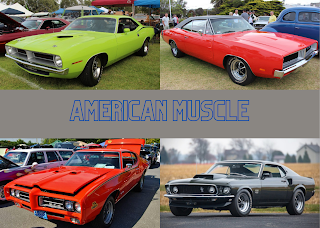 What is your favorite? Maybe one not listed here? Muscle cars provide desirability, notoriety, and fun! From a cruise on the strip, car show or just a sunny day drive, the American classic will always be eye catching. Farm Boy Garage’s unmatched experience and knowledge can make any muscle car your dream car again.
www.FarmBoyGarage.com 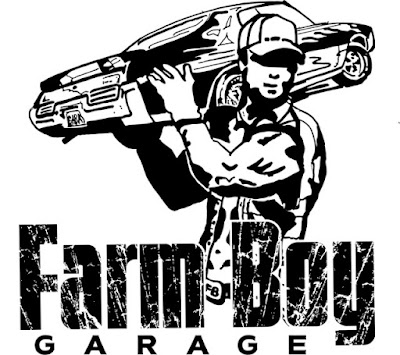 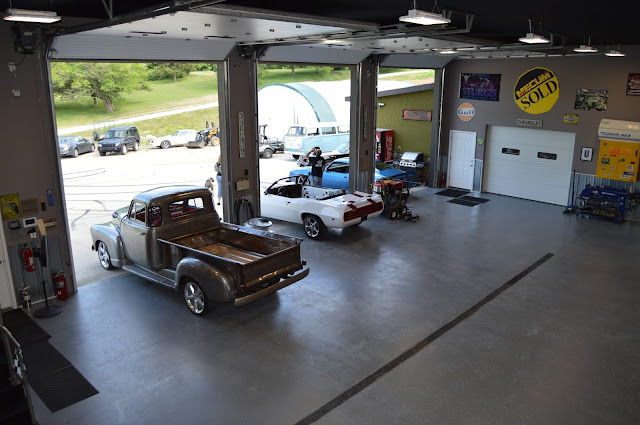 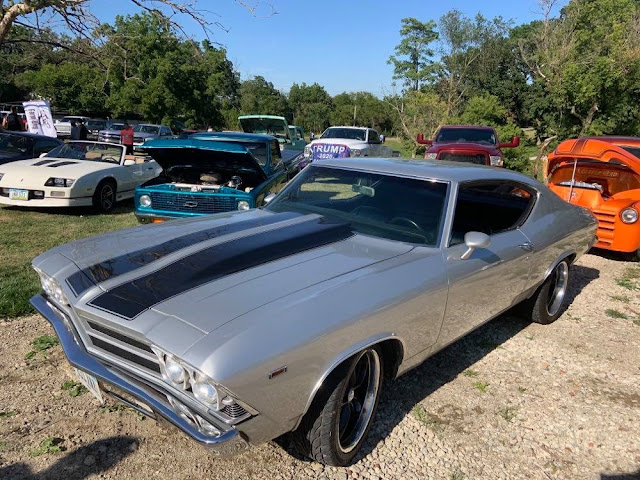 Who's ready for a truly good car show? If you miss that awesome feeling you get, when you get to check out some of the rarest classic cars with your family and friends, this is the blog for you! Our classic car restoration shop is here to give you the need-to-know details about some of the upcoming car shows in Iowa, in this week's blog. Don't forget, Farm Boy Garage is hosting a Truck Show right here, Saturday, July 3rd from 10 am-whenever. We hope to see you there! Upcoming Car Shows in Iowa Source:  https://www.oldride.com/events BRVF Garage Art Car Show Event Dates: May 30, 2021 - May 30, 2021 Location: Boone, Iowa McHose Park Main Shelter Event Details: Judged Show Registration 9-noon $20.00 Trophy presentation at 3:30 Dash Plaques Door Prizes Goody Bags Silent Auction Proceeds to Habitat for Humanity All Ford Car Show Event Dates: June 6, 2021 - June 6, 2021 Location: Valley Junction West Des Moines, Iowa Event Details: All Ford Car Show by the Mustang Club of Centr
Read more

Here at Farm Boy Garage , we love classic muscle cars and classic trucks! We know you love your classic and muscle cars too. That’s why we protect them by keeping them clean, waxed, and tuned up but do you have the right insurance coverage on your classic car? In this week’s blog, your Midwest restoration shop would like to share some tips for protecting your baby! What You Need to Know A classic car policy will include similar coverages as a standard auto insurance policy, like property, liability, and medical coverage. Here are some differences between standard and classic car insurance. Your Car’s Value – Because each car is so unique and conditions are different, there is no way to possible to find a book value like an everyday car. The first step should be for you and your insurance company to reach an agreement on the value of the car. Make sure that this value is specified in your policy and your car will be covered up to that in case of loss. Unlike your wife’s sedan,
Read more